Home > Around Town > Madagascar: The Musical Adventure The Children's Theatre of Cincinnati's latest production is lively and engaging

Madagascar: The Musical Adventure The Children's Theatre of Cincinnati's latest production is lively and engaging My family has a major case of cabin fever these days, and I’d be willing to bet most of you are feeling the same way. Between illnesses, snow days, rain, cold, and more illnesses, it was more than time to get out of the house for something fun, and maybe even a little tropical. Since a beach vacation isn’t on the horizon for us, we did the next best thing – took the kids to see The Children’s Theatre of Cincinnati’s latest performance, Madagascar: The Musical Adventure! The show definitely did the trick by transporting us someplace colorful and warm and by giving us a chance to move it, move it (wink wink). But in all seriousness, the Children’s Theatre does it, yet again, with their version of this lively story that’s great for all ages.

We had watched the movie version of Madagascar for the first time a few days before the performance, so we did have a frame of reference – and the kids were excited to see it come to life on stage! But, don’t feel like it’s absolutely necessary to watch the movie beforehand. The musical stands brilliantly on its own. If you’ve never been to a performance of The Children’s Theatre, then you are in for a real treat. With each show, we are more and more impressed with the talent, costumes, music, dancing, and really everything that goes into the production. It’s not just a wonderful way to expose your children to the arts, but a chance for the entire family to experience a topnotch musical performance. And having seen so many favorites prior to this one, I wasn’t sure if Madagascar could top them, but since my children won’t stop singing and dancing, while pretending to be lions and hippos…I think it’s safe to say it is a new favorite. The performance of Madagascar takes you along a fun journey with a few animals from the Central Park Zoo, as they attempt to escape to the wild and end up in Madagascar. After a thrilling run in with some playful lemurs, and other creative creatures, the animals realize all they need is each other and the story unfolds with beautiful lessons in friendship and teamwork. Madagascar: A Musical Adventure is based on the popular DreamWorks movie, and our talented Children’s Theatre does a wonderful job bringing it to the stage for all of us to enjoy. The Children’s Theatre of Cincinnati’s Madagascar: A Musical Adventure is running now through February 18th, so make sure to snag your tickets now by visiting their website here. And also take a look at their upcoming performances this season: Polkadots: The Cool Kids Musical and Mary Poppins Jr.! The Theatre also gave us a sneak peek at what to expect next season! We are so excited for performances of Superman: The Musical, Santa Claus: The Musical, Disney’s The Jungle Book, and a brand new adaptation of Sleeping Beauty! Tickets to this season’s shows would make great gifts for Valentine’s Day, Easter, or just a special afternoon or evening out as a family. You’re sure to make cherished memories at one of our city’s beloved homes of the arts. 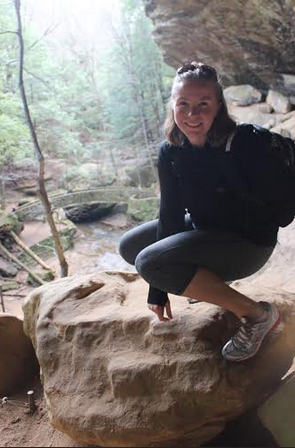 A native Cincinnatian, Andrea has experienced life in all four corners of this city. After growing up on the west side, she headed north to attend Miami University, then moved east to Hyde Park and now lives in Northern Kentucky with her family.

When she’s not playing trains and doing the “hot dog dance” as a stay-at-home mom to her two toddlers, Andrea is busy writing for Cincinnati (and, ahem, Kentucky!) publications and brainstorming ideas for her next children’s book! With a newfound passion for fitness and overall health, she spends a lot of time at her family gym and loves to play outside.

Andrea worked in education for several years and has a special love for children’s literature. She loves showing her children all our city has to offer and enjoys sharing her finds with other parents. Her favorite spots include the Cincinnati Zoo (although she steers clear of the bird house), her local library and any playground.