I bleed blue — I am a diehard St. Louis Blues Hockey fan. Growing up in St. Louis, I saw some of the greats play: Bernie Federko, Brett Hull, Wayne Gretzky (one season), Curtis Joseph, Adam Oates and so on. Hockey is such a fast-paced fun game to play and watch; and we were so happy to find out that Cincinnati has its own professional hockey team… The Cincinnati Cyclones. Just an easy drive south on 1-71 to the US Bank Arena, the whole family can watch some great action on the ice. And on New Year’s Eve, my family cheered on the Cyclones to a thrilling 3-2 victory over the Indy Fuel.

When attending a professional sports game with a child, easy accessible parking is very important. Around the US Bank Arena, there are several close parking lots and garages ($5-$10) to choose from. After a game, I want to leave as quickly as possible especially with a tired child(ren). As we entered the arena, we were scanned by security (can never be too safe); and then we found our seats thanks to some very helpful ushers. Note: The arena is very cold during a hockey game. Little ones should wear a coat, hat and maybe some mittens! Even before the game began, there was plenty of action on the ice. Players from both teams were warming up; and a family from Cincinnati Children’s Hospital dropped the ceremonial opening puck. But the kiddos really sat still for the pyrotechnics show as mascots and players were introduced. Then the game began as the Cyclones and Fuel faced-off to gain control of the puck. We watched intently while the Cyclones played fiercely and scored. Then my husband made the connection that Cyclones player, Dominic Zombo is the son of former Blues defenseman Rick Zombo. And we all grew up in Ballwin, MO… what a small world! All the great plays made us hungry; and it was time for some traditional hockey fare. No professional sporting event is complete without nachos and a soda. Miss G and I also shared a Skyline Coney (no chili, I know… for shame!). While eating and enjoying more hockey, the mascots walked around the arena to take pictures with all the fans. Miss G met Puckchop and a famous Chick-fil-A cow. Then we celebrated a Cyclones win; and returned safely home to enjoy ringing in 2017! For more family fun, the Cyclones are proud to offer a Meijer Kids Club package for kids ages 2-12. For $20, each Kids Club Member will receive a page of removable Cyclones stickers featuring Twister and Puckchop, a paracord bracelet, a OYO Sports exclusive building block figure and two vouchers to a Cyclones game (retail value $50). Click here to sign up! Also, register today for the Cincinnati Cyclones Frozen 5K & 10K; and race along the Banks of the Ohio River and through Cincinnati’s Transit Center underneath second street. Every participant will receive a long sleeve tech shirt, hot chocolate, one cyclones voucher good for any ’16-’17 regular season game and lots of swag, snacks and drinks! A Cincinnati Cyclones hockey game guarantees a fun family-friendly event enjoyed by all. For ticket information, contact the Cyclones here. Bundle up and enjoy some hot action on the ice! 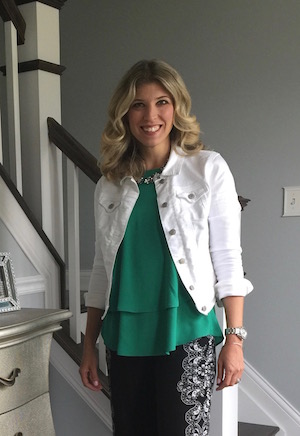 The Cincinnati Parent’s Guide to Local Sports Cincy is not just baseball and football!